Equivalent to the national government in the magical world. It still has to abide by ICW guidelines.

The British Ministry of Magic 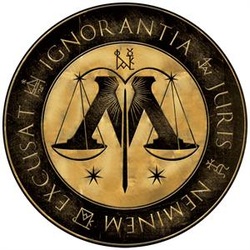 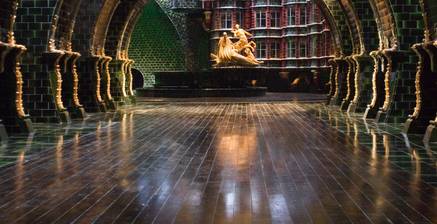 The Atrium is a large hall with fireplaces up and down both long walls, an area that serves as a lobby and reception area to welcome visitors and employees to the Ministry of Magic. Down the left-hand side of the hall are gilded fireplaces which witches and wizards can use to arrive at the Ministry. The right-hand side contains gilded fireplaces as well, and these are used for departures. The floor is polished dark wood. The ceiling is peacock blue with golden symbols that keep moving like a notice board. The Fountain of Magical Brethren lies halfway down the Atrium. A group of golden statues, depicting a wizard, a witch, a centaur, a goblin, and a house-elf, spout water into the surrounding pool of water. At the end of the Atrium is a also a set of double golden gates leading to the at least twenty access lifts, next to which is a security stand. A Watch Wizard is usually on duty here. He registers the wands of visitors. Another smaller hall is beyond the gates and here there is a series of lifts.The lifts provide access to the other levels, except the tenth.

Note: This is mentioned first since this is where the entrances are located. Lifts and stairs are used to move to other levels from here.

This department has the offices of the highest Ministry officials. This level's floor is covered in thick purple carpets, and all the offices within contain a gleaming mahogany door, each bearing a small plaque with the owner's name and position upon it. During the puppet regime set up by Lord Voldemort in 1997-1998, this level also housed the office of the Head of the Muggle-Born Registration Commission. 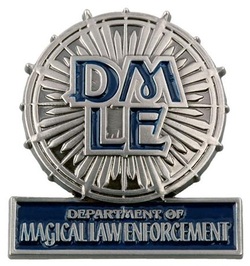 The Department of Magical Law Enforcement is the largest department at the Ministry of Magic, although the size of the Department of Mysteries is unknown. Arguably the most important of the various departments, the Department of Magical Law Enforcement is a combination of police and justice facilities. Around the corner from the access lift, and past a set of heavy oak doors, lies the Auror Headquarters: a large open area divided into small cubicles, one for each Auror. After another set of double doors and another passage, one finds oneself in a dimly lit and distinctly shabby corridor at the end of which lies a broom cupboard to the left and opposite it the Misuse of Muggle Artifacts Office, in a room of almost the same size as the cupboard; two desks and overflowing filing cabinets crammed inside. 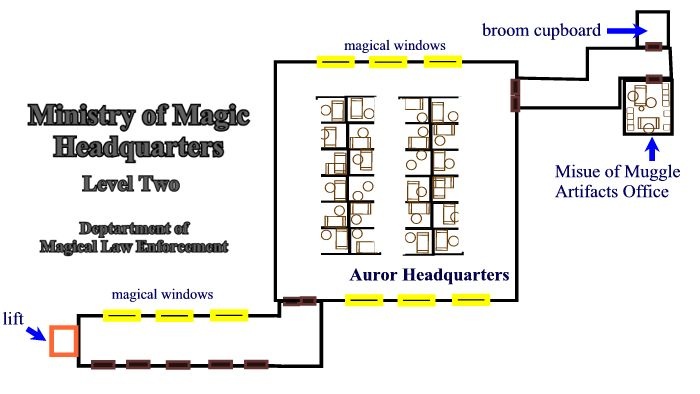 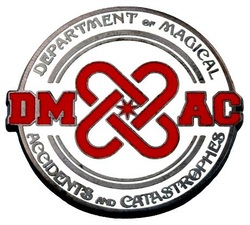 The Department of Magical Accidents and Catastrophes is responsible for repairing accidental magical damage.
It includes these known departments:

Level 4, Department for the Regulation and Control of Magical Creatures 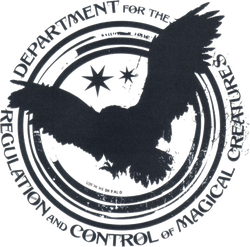 The Department for the Regulation and Control of Magical Creatures is the second largest Department in the Ministry.

It includes these known departments: 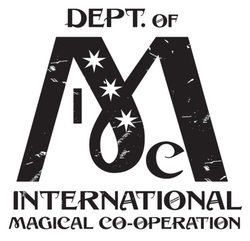 The Department of International Magical Cooperation is an agency concerned in foreign affairs that attempts to get wizards from different countries to cooperate in wizarding actions, both political and public. The former head was Bartemius Crouch Sr., until his death. This is also where Percy Weasley began his Ministry career. The duties of this department are to work with magical governments of other countries, set standards for trade, create regulations for things like cauldron thickness, work with Department of Magical Games and Sports on the Triwizard Tournament, be present at the International Confederation of Wizards, British Seats. 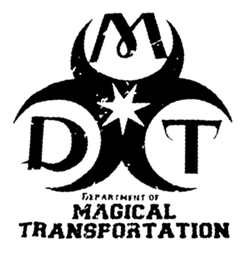 The Department of Magical Transportation is responsible for various aspects of magical transport. 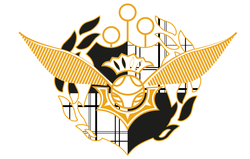 The Department of Magical Games and Sports deals with organizing sports events, the likes of the Quidditch World Cup and the Triwizard Tournament, as well as enforcing game-related laws and regulations. The Department has a very relaxed ambiance, the corridor off the access lift being somewhat "untidy-looking" in comparison to the other Ministerial Departments: various posters of Quidditch teams tacked lopsidedly on the walls. Ludovic Bagman used to be the Head of Department here, but his gambling problem forced him to flee from Goblin creditors.
Departments: 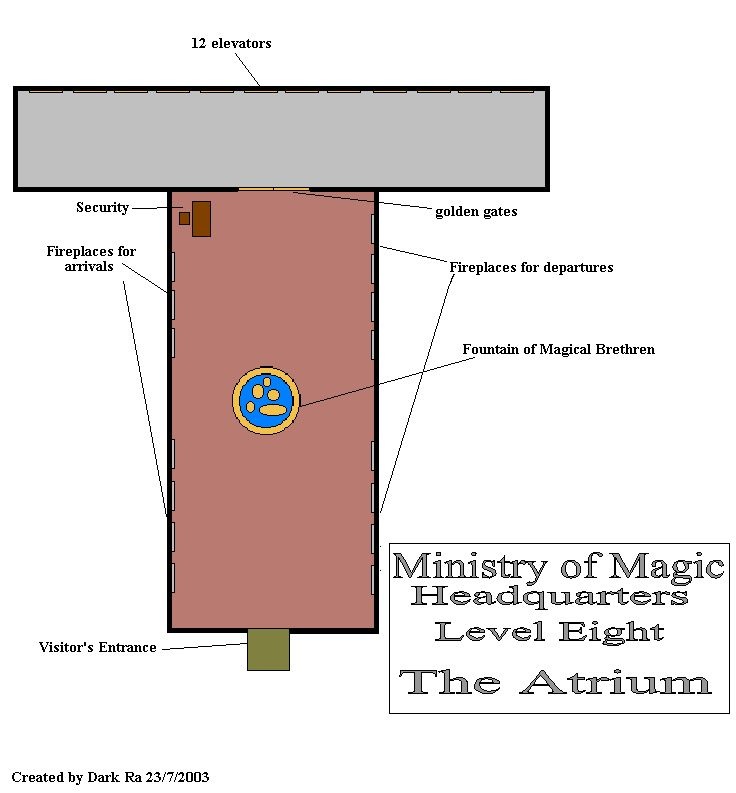 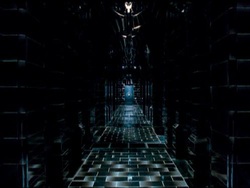 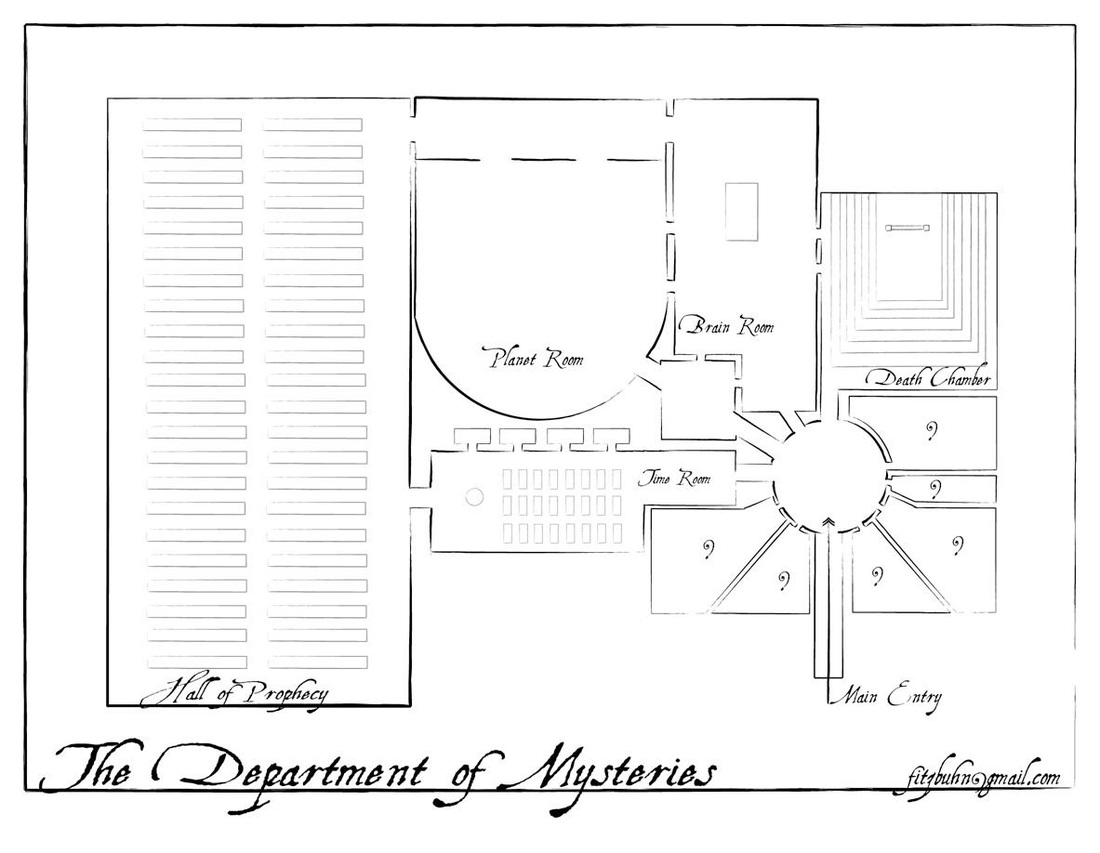 There is a hallway leading from the Department of Mysteries, which connects to a stairwell leading to the courtrooms. It can only be accessed by this stairway and not the lifts. The corridors to the stairway have rough stone walls and torches in brackets. The doors leading to the courtrooms proper are heavy and made of wood, with large iron bolts and keyholes. Courtroom Ten has walls made of dark stone, dimly lit by torches, with serried rows of benches, rising in levels all around the room, all positioned so that they had a clear view of a chair on the center of the room, in which the person charged with a crime would be seated. There is a detention area below the courtrooms, in which convicted wizards are imprisoned while awaiting transportation to Azkaban Prison. It is also a dark-tiled area, with gilded gates closing the cells.